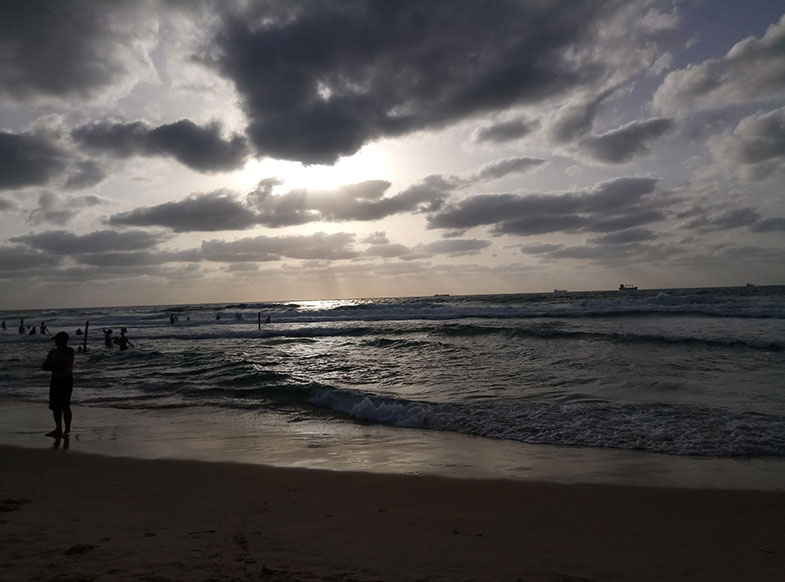 Ashdod is located on the coast of the Mediterranean Sea, thirty kilometers south of Tel Aviv.

In the northern part of Ashdod, Israel's largest port and industrial zone is located.

In the 50's and 60's the city was populated mainly by Jewish immigrants from Arab countries. In the 70s, Georgian Jews arrived here, and in the 90s - repatriates from all CIS countries, thanks to which the population of the city tripled.

Ashdod received its name from the ancient city of Azot, built by the Philistines.

Ashdod is a very ancient city. It is known that the settlement on the place where it stands, existed already in the 17th century BC. In the 11th century BC here lived the Philistines.

In 770 BC the city was captured by the Jewish king Azariah. In 734 he was under the authority of the Assyrians, in 711 there was an uprising against Assyria. Then, in 625 BC, after a long siege he was captured by the Egyptian pharaoh, and twenty years later it was destroyed by the Babylonians.

In 147, the city was captured and annexed to Judea by Jonathan Maccabaeus. In the 1st century, during the Roman rule, Ashdod became a large seaport.

The city is mentioned many times in the Torah.


City streets and attractions near the city:

City streets and attractions near the city:

Israeli Settlements in Judea and Samaria

Religious Cities and Villages of Israel

Distances between Cities and Villages

The Health Care System in Israel

Hospitals and Medical Centers in Israel

Cities and Villages of Israel

Traveling in the Holy Land

The Antiquities of the Land of Israel